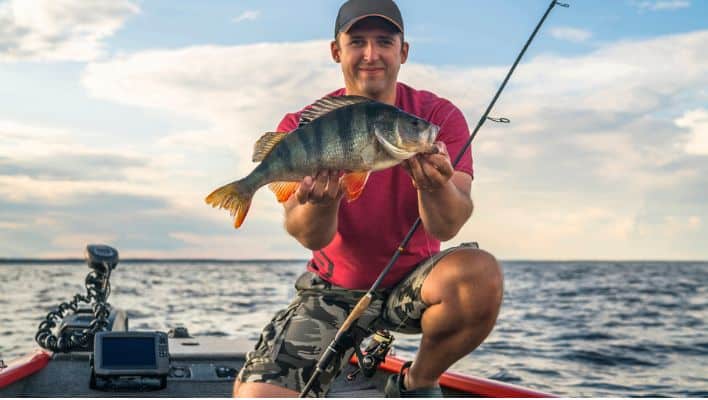 Fishing for yellow perches can be tricky without the proper information on how to memorize their patterns across the seasons, to have the Best Time of Day to Fish for Perch for best results during the whole year. Paying attention to them can make the difference between going home empty-handed or coming back with so many fishes for selling.

Best Time of Day to Fish for Yellow Perch

Research suggests that the best time to catch perch can vary. However, it is common knowledge that fishing for them in the early morning or evening hours, especially during late spring and early summer. On the other hand, it is recommended to catch perch during late afternoon or evening in late summer. Morning and late afternoons are a must in autumn since fishers tend to achieve a massive amount of fish during this time of the day.

Best Time to Fish for Yellow Perch in Winter

When it comes to fishing in winter, it is difficult to catch yellow perch. If the waters don’t freeze, they can be found in the early morning, despite late afternoon fishing being the best of them all. Yellow perch can be caught at night as well, but it has been proven to be both difficult and tougher. One thing to keep in mind is that they won’t stop feeding during winter, even if they spent the whole fall doing it so they don’t have to worry about during the next season. As long as the fisher can find a hungry school, they won’t be missing out.

Best Time of Day to Catch Yellow Perch in Summer

Summer fishing for these little fellows is the best during the early morning, although the same results can be obtained in the late afternoon. This is due to the warmer temperatures making them more active at these times of the day. Research recommends going fishing until around 8 am since the limited light and cooler water give yellow perch a significant advantage over their prey. Having the upper hand for their lunches will make them run wild so it’s better to keep an eye out on them and prepare the rods as fast as possible.

The expert at Fresh Water Fishing Advice suggests avoiding midday and nighttime fishing since “it results in the slowest fishing”. However, in a similar fashion to bass fish, a full moon night can provide awesome results, without mentioning how the temperature rises during midday raise their activity enough to make them visible, so there should not be an issue. It is important to keep these patterns in mind before buying the bait and making plans for a Saturday trip to the lake.

Best Time to Fish for Yellow Perch in the Fall

Research suggests that fall and spring are the same when it comes to the best time of day to go fishing for yellow perch. On the other hand, early fall mirrors late summer to a tee since early mornings and afternoons have the same level of productivity. Why? Because the water hasn’t cooled down yet.

Another thing to notice is how sluggish the perch become as the season progresses, mainly due to how the temperature starts to decline, moving their feeding time until late afternoon, especially from 3 pm until sunset, since they will be stuffing their faces with everything they need for the winter.

Now that these patterns have been memorized, it will be up to the fishermen to decide which will be the next course of action, so they better start dusting off their fishing rods and deciding which bait will be attractive enough for the fishes to come running to the trap that they have skillfully set.

It is difficult to catch yellow perch but not impossible during winter since they can be found in the early morning although the best fishing begins in the afternoon. Summer is when the fishes are at its prime, the best time being after dawn and obtaining similar results before dusk. However, it is possible to catch enough yellow perches during full moon nights and noon, due to the increased activity at these times. When it comes to fall, it tends to mimic spring during the early stages, without mentioning how sluggish the fishes get, to the point of feeding later.