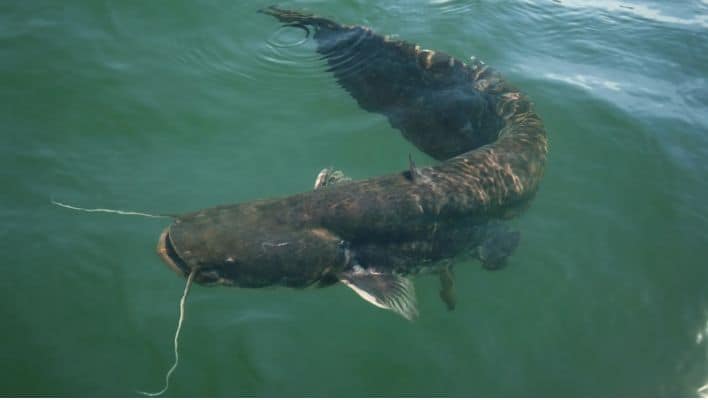 Catfish are interesting creatures with enhanced eyesight that has proven to be a nice complement to their other powerful senses. A tantalizing trophy for many, tons of fishermen would love to know when it’s the Best Time to Fish for Catfish to get their hands on them. This guide aims to help with that.

Best Time to Fish for Catfish

The experts at Catfish Edge explain that the Catfish’s behavior is heavily linked to water temperature. They tend to be roaming around all year long, depending on the country the fishing takes place. Because of this, it is recommended that fishermen, both experienced and new, focus on a specific species of catfish, so they can increase their chances of getting their hands on a big specimen.

The trophy blue catfish can be found in winter, as well as channel and flathead, the latter being the most difficult to spot during these times. Fishing in spring, however, is a whole other story. During this season, the water temperature rises and it’s a transitional period for most species, especially catfish. Depending on the fisher’s experience, it can be either an easy or a daunting task.

Catfish Edge suggests that learning to locate and pattern seasonal transition catfish can prove to be fruitful. One thing to keep in mind is that drastic changes in water temperature make the fish scatter and become more difficult to track. Summer tends to provide great results when it comes to fishing for catfish since they’re one of the last species to spawn. On the other hand, it starts to get tough in fall due to the change in temperature, without mentioning that fish tend to move quickly until water temperatures stabilize.

Many anglers, as they call those who partake in this activity, tend to start fishing at night because there’s a myth that catfish bite best at night. Contrary to popular belief, they feed during all hours, which means that, in reality, they can be spotted during the day as well. Even though the wind usually blows less at night and the waters are calmer, fishing at night adds difficulty to navigation, especially due to the lack of light. Another thing to mention is that catfish are active at all hours, without bringing up the fact that looking for these fellows during the day is more productive than doing so at night.

Best Time to Catch Catfish in a Pond

Catfish can be found in community ponds at any time of the day. However, it is recommended to do so when the sun starts coming up and right before dawn. According to the experts in Wildlife Utah, catfish have great eyesight, which complements their sense of smell, taste and touch, which are better in comparison. It is also said that they can find their prey with ease, even at night. Choosing when to do it is completely up to the fisher, but it is important to keep this information in mind.

As it was mentioned earlier, Flathead Catfish tend to be inactive during the winter. In spring, however, they tend to enter in some sort of feeding trance, since they’ve lost the weight they gained in previous seasons and are getting ready to spawn. Before their mating season in summer, their bite tends to be excellent, leading to some catching the biggest of them all. The feeding frenzy reappears in autumn, due to the falling water temperatures that indicate them that they need to stuff themselves up for the winter ahead when they don’t feed as heavily as they do during warmer climates. Because of this, September and October are the best months to get ahold of them.

The catfish’s behavior depends heavily on the water temperature. Like many species, they tend to prefer warmer waters, which send them into a feeding frenzy for both the spawning season and winter, when they need to stuff themselves up since they don’t tend to be active during colder months. Contrary to popular belief, these fellows are active at all hours and the choice of fishing for them at night is solely on the fishermen’s end since the wind blows less by that time. Fishing for catfish in a pond is possible, dusk and dawn being the preferred times for bites.

If you are looking for a more general rule on When is The Best Time of Day to go Fishing then we have put together a complete guide.