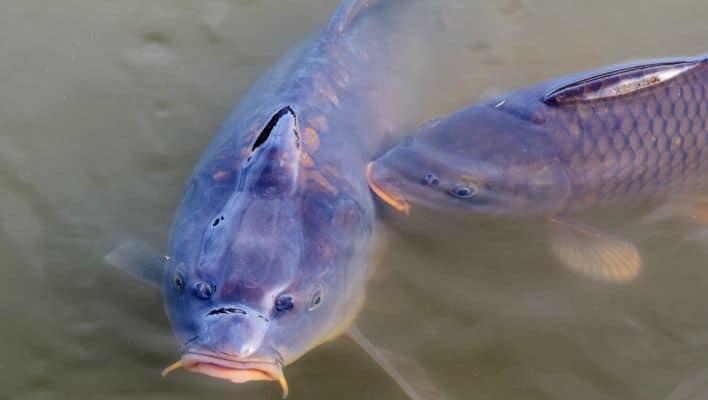 Fishing can be a daunting task for inexperienced fishermen unless they have proper information on feeding patterns. Among species, these can vary as well as their preference over climates to do so. This article will mainly focus on fishing tips and the Best Time to Fish for Carp and catch carp across the seasons.

Best Time to Fish for Carp

According to Fresh Water Fishing Advice, the most recommended time to get ahold of a carp is both nighttime and late afternoon, especially during summer. Good results can also be obtained if one starts looking for them in the early morning during spring. Carp can also be spotted in midday during winter. However, they tend to feed all hours of the day, which means that it’s possible to find them any time but it’s better to fish for them in the aforementioned timeframes.

One thing to take into consideration is that carp tend to prefer warmer climates, so fishing for them can prove to be difficult at nighttime, mainly because of the unbearably cold water. During these times, they’re trying to stay warm, so it’s unlikely they would be as eager to feed as they would be during spring and summer. That aside, these critters are widely known for providing a good bite all year-round, but more on that later.

Best Time to Fish for Carp in Spring

When it comes to the early stages of this colorful season, carp tend to be more active in the mid-afternoon. However, this changes once the temperature starts getting hotter, prompting them to change their schedules and move their lunchtime to the early morning and late afternoon. This tends to happen towards the middle and late spring. Spring can be considered the best time to get ahold of these critters, mainly because they’re moving into shallow water bays and lagoons to get rid of the hunger they accumulated during winter.

The bigger specimens tend to be the first to make this transition once the ice melts. Smaller fish follow and leave the deep waters that have been sheltering them from the cold up until the temperatures started warming up. Once they start swimming back to the more shallow territory, their feeding frenzy commences as they prepare for their spawning season. Thus, they will start stuffing their faces more aggressively, making them more vulnerable to anyone that wants to get their hands on them.

Best Time to Fish for Carp in Winter

During winter, water tends to be at its warmest point at midday. Despite their feeding activity not stopping in these cold months, it does slow down considerably, compared to how it was in other seasons. Carp are known to become more sedentary when it starts getting cooler. This means that fishing for them during winter is all about selecting the best spot to catch them.

The experts at Fresh Water Fishing Advice suggest looking for pockets where warm water can be found. With this, they’re referring to deep holes at the mouth of rivers, reservoir fingers and shallow bays. The winter sun tends to heat the latter, making it more likely to find them over there as well. Research suggests that, while it’s possible to catch carp in the early morning, the best results are achieved during the hottest hours of the day, when they become more active once they notice the change in temperatures.

Best Time of Day to Catch Carp in Summer

As it was mentioned above, carp tend to be more active during summer nights but they can still be caught at any hour of the day. This is thanks to the warmer waters, which encourage their feeding activity. Another thing to keep in mind is that these fellows love to eat at night and the temperature in their environment leads to an abundance of food sources, so it can provide amazing results.

When it comes to the early morning and late evening bites before sunset can be excellent times to get ahold of carp. They can also be easily spotted at noon, near the surface. To catch the biggest of them all, the experts at Fresh Water Fishing Advice recommend using floating boilies, bread and grasshoppers. With this information in mind, fishing for carp in summer sounds exciting, doesn’t it? Now that this season has been covered, let’s jump straight into fall, pun slightly intended.

Best Time to Fish for Carp in the Fall

Fishing during autumn might be a bit of a hassle for those who are not morning people, mainly because the early morning is one of the best fishing times for carp, especially from early to mid-fall. However, late afternoon is another option that provides equally fantastic results. As winter draws near, they tend to be more active at noon, turning midday in the best time during the transition from fall to winter.

In autumn, carp are still feeding as they would during summer. Research suggests that they tend to prefer cooler temperatures from the evening and morning time. This is also where a lot of their prey can be found, although they start moving to deeper waters as winter draws near. When it comes to lakes, these are the parts where it’s warmer for them, thus, it is logical that they would go there to survive the icy temperatures. Before doing so, they stuff their faces in the midday heat, so this is the best chance to catch them.

The most recommended time to fish for carp is both nighttime and late afternoon, especially during summer. Looking for these fellows can provide good results at night time but this is mostly during spring. When winter arrives, they tend to move to deeper waters to keep warm, only to swim to the surface at noon, when they start feeding. Spring is considered the best season to fish for carp, mainly because these species migrate to more shallow waters and their feeding frenzy commences as they prepare for the spawning season. During fall, early morning and late afternoon are the best.