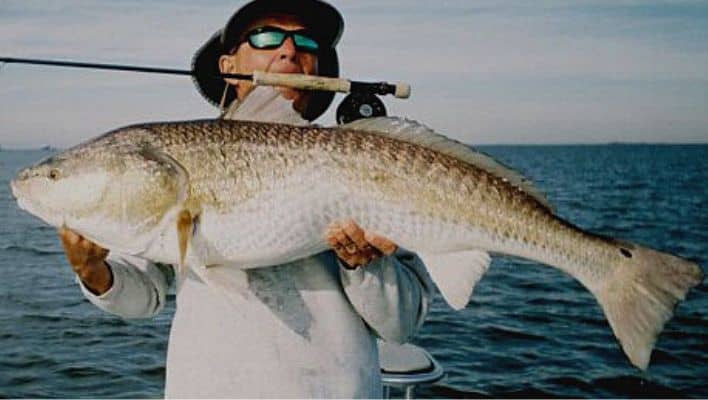 These critters are one of the most popular species, so it’s a no brainer a lot of people would want to have them on their table or immortalized as a trophy. Now, when to catch them? This article will mainly focus on tips and the Best Time of Day to Fish for Redfish across the seasons.

Best Time of Day to Fish for Redfish

They are said to be one of the most popular species after gamefish, particularly at inshore saltwater locations. The best season to get ahold of them is during summer because of how much prey they have at their disposal, something that will be expanded further below. Big bull redfish are the most common species captured in these hotter months, but they can be spotted in the early fall as well, being the most abundant bite. With that being said, let’s dive into the topic of this discussion: the best timeframes.

According to Fresh Water Fishing Advice, the best time of day to fish for redfish is in the early morning when the water is cooler, specifically in shallow water bays. However, midday has proven to provide amazing results in deeper water like bridges, jetties, and wrecks since they use these to hide from the hotter water in-shore. On the other hand, they tend to make daily migrations during the warmer months to feed in the shallows.

Redfish can be caught all day-round as well. This is mainly because they feed on any available food. Aside from the early morning, they can be easily spotted in the afternoon although they funnel back into deeper water because it’s cooler and it has more prey for them to go around. Tides are also something to take into consideration while catching them, but more on that later.

Higher tides tend to push redfish into the shallows and channels, where they feed before the water dries up. Once they’ve finished and it changes again, they return to the depths although it is said that some of them tend to do their own thing. Thus, these patterns are not precisely set in stone, but they allow the fishermen to know when it’s likely that they will get the best bite.

Best Time to Fish for Redfish in Winter

on the move and feeding more regularly. This is mainly because their favorite bait, such as shrimp and other fishes, are swimming offshore to deeper waters, small blue crabs, stone crabs and fiddler crabs, to name a few. Using them to fish for redfish can provide a great advantage over these critters.

When it comes to fishing for redfish during winter, they tend to be less active during the early morning. However, their activity tends to increase as the day progresses. While luring these tantalizing fellows, it is recommended to alternate between baits, especially where other species tend to steal it from other fish. In these cases, the experts at Rod Benders Charters advice to use crab in these tricky areas.

Best Time of Day to Catch redfish in Summer

Redfish tend to feed more aggressively during the summer, mainly because the spawning season of the crab and fish they prey on has finished. Thus, they will have more food to go around, often chasing after the juveniles. In this season, the fish tend to move from the shallow flats in the early morning to the deeper waters they reach in the afternoon.

Sunrise is the best time to catch redfish during summer since the water temperatures prompt them to move into the shallows, looking for small crabs and shrimp. They tend to stay there up until noon when the water gets warmer. When it comes to long, hot days, redfish prefer staying in the deeper parts of channels, lakes and basins, where the temperatures are cooler. With this information in mind, all it’s left is preparing the rods, boats and not being afraid of chasing them around.

Best Time to Fish for Redfish in the Fall

Fall is considered to be the most common season to catch redfish since this is their spawning time. The windy and rainy weather makes the water murkier, so flyfishing is out of the question. Instead, the experts at The Online Fisherman recommend using mullet, ladyfish and scented soft bait for better results. Spoons are also a great choice, but only when there are schools around and they’re close enough for the redfish to see.

During the fall, the large adults tend to spawn near the ocean inlets and jetties. This because the salt levels are optimal for their eggs to develop properly. Thus, large redfish around this area are as common as insects during a rainy day. Some have been caught closer to the beaches near the inlets and jetties, particularly in the fall mullet run, when they’re actively looking for warmer waters. Shallow flats and mangroves upriver can also be a great place to spot them.

Another thing to keep in mind is that flats are still their source of food. This is because they take advantage of the juvenile crabs that are lurking around, specifically summer blue and fiddler crab. One great tip to get ahold of them is to pay close attention to the moving tides since they’re traversing the grassy areas. The inlets are also a prime location due to them being their primary spawning grounds.

The best season to fish for redfish is summer because their prey has already spawned, which means that there are more of them to go around. They’re easily spotted in the early morning but they can be caught all day-round as well since they feed on any available creature they can get their fins on, especially juvenile blue summer crab. Higher tides tend to push them into the shallows and channels, where they tend to feed before the water dries out. Redfish are said to be active during winter in the early morning, whereas they’re spawning when fall comes around.