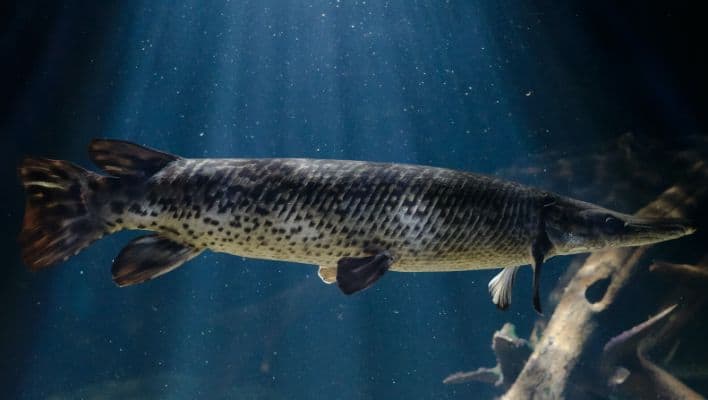 These sharp-teethed fellows are not what anyone would like to find when they’re thinking about their next fishing trip. They tend to look like terrifying creatures that are going to devour anything in their path. However, a lot of people want to catch them and this guide aims to help with the Best Time of Day to Fish for Alligator Gar.

Best Time of Day to Fish for Alligator Gar

One thing that needs to be known about gar is that they’re ambush predators. They tend to stay very still near the surface, to allow their prey to swim by. Then, they swallow it headfirst. With that in mind, they can be very easy to spot for the attentive eye, especially during the seasons where they’re the most active. On the other hand, Alligator Gars can be easily spotted on top of the water on bright days but they can come out at light at night to find smaller fish that tend to come out by that time.

Best Time to Fish for Alligator Gar in Winter

Alligator Gar tend to congregate during wintertime, specifically from December through February. Until then, they often lead isolated lives in the slow rivers, reservoirs, landlocked lakes, oxbows, and brackish estuarine waters. This is due to them having a soft spot for warmer climates since they tend to create “dead lakes”, which means that they’re landlocked from adjacent rivers. Another thing to keep in mind is that Alligator Gars tend to feed very little in winter, so spotting them can become challenging for both experts and newbies.

Best Time of Day to Catch Alligator Gar in Summer

When it comes to fishing for gar, late summer tends to be the best time of the year to do so. It is said that they tend to feed most actively during these hot season, especially on open-water forage fish like gizzard shad. Another thing to notice is that since they breathe air, something that is pretty rare among fish, hot water is low in oxygen. Thus, they rise to the surface and make sure to get a nice dosage of fresh air and gulp it into their swim bladder.

Research suggests that, in July and August, alligator gar are easily spotted in river beds that are close to shallow pools. They tend to congregate in deep water, which will allow any fishermen to track them without breaking a sweat, especially when they are ready to grab lunch. The hot and dry climate becomes an ally that will provide great results for those who want to grab a taste of this edgy creature. Another thing to take into consideration is that the gar, in general, tends to congregate from early to mid-April, until the end of May, to spawn. This is due to them preferring warmer climates to reproduce.

Best Time to Fish for Alligator Gar in the Fall

In a forum thread called Catfish1, one of the users recommends fishing for gar in early spring and early to late fall. This is due to the lack of oxygen that water tends to have during summer, as it was previously mentioned in one of the sections of this article. Compared to cold days, their hotter counterparts are known to have surface activity but few active fish.

The username in question has also mentioned that they have obtained their biggest catch in “transitional water temps”. The main reason behind this is that the fish tend to feed up for winter or spawn seasons, meaning that there will be more prey available for the gar to catch. With this information, anyone could get their hands on these seemingly terrifying creatures.

Gar are easily spotted during clear days when they come out to the surface to feed on their prey. However, if fishermen reach their habitats at the light at night, they tend to take this opportunity to catch fish that tend to come out by that time. The Gar tend to congregate during wintertime, from December through February to spawn and feed. Most of the time, they lead isolated lives in the rivers they belong to. Summer is a whole other story since water tends to lack oxygen, something they need to survive since they need to breathe as well.

We have put many guides together that help with the best time to fish for other spices also we have put a guide When is The Best Time of Day to go Fishing in general.